Over the past couple of months Ear Tensifier has seen tremendous growth. The bot is being added to 300 - 500 servers every single day and is playing music on 300 - 700 different servers at any given time. Until only recently the bot had been running on year old code that was slow, messy, and outdated. Songs would often fail to load and certain commands just stopped working. As a result of a combination of these issues, the bot has been rewritten from scratch and now contains even more features!

I have been working on version 2.0.0 of the bot and I'm glad to announce that it is finally released! Version 2 is a complete rewrite which adapts many of the new features that Discord has added to bots such as slash commands, buttons, and select menus. Most importantly, the bot now no longer uses Lavalink to output audio and instead uses sange which delivers much crisper and smoother audio.

Most of the bot's most popular commands have been made into slash commands to ensure that Ear Tensifier is ready for the removal of the message intent in April 2022. Arguments and parameters all work the same in slash commands and I plan on implementing permissions to slash commands whenever Discord releases it.

Below is a list of all the commands that are currently supported by slash commands.

Buttons have replaced reactions in paginated embeds to make it more intuitive to navigate through long queues and playlists. Buttons have also been added to certain commands to cancel or delete them. Lastly, buttons have been added to the help command to link to the support server and the bot's website. 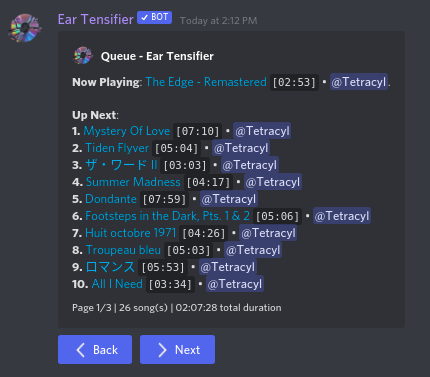 The now playing embed has been completely overhauled to show a much sleaker and cleaner interface. Basic information such as song author, title, thumbnail, and requester are still shown. I have added a progress bar to the now playing embed which updates every 30 seconds to reflect the changing duration. Buttons have also been added to the embed to allow people to pause the music, go back to the previous song, or skip to the next song.

Select menus have been added to the search commands so that you can select the song you want to play from the search results instead of having to input a number. 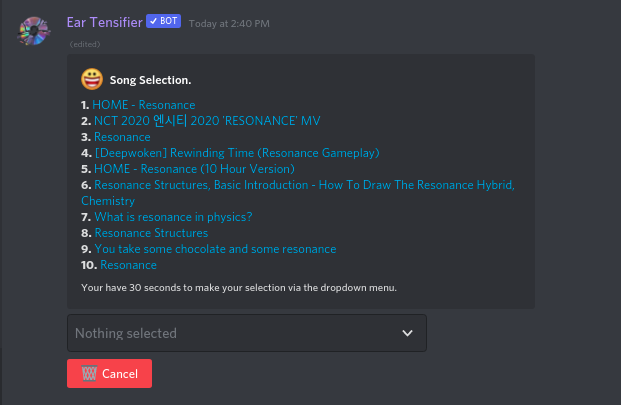 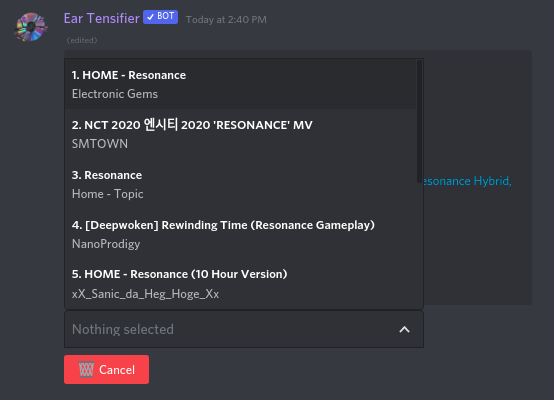 Version 2.0.0 introduces many more configuration options such as setting the default volume, turning now playing messages on or off, and listening or ignoring all or certain channels. 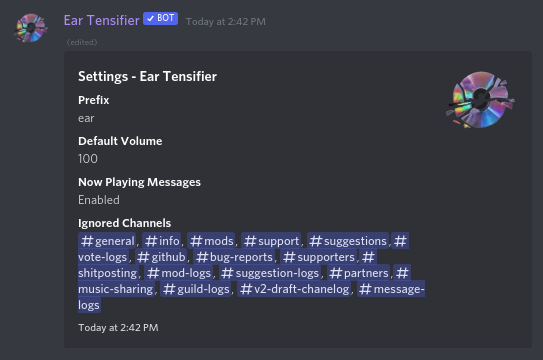 The website has also been completey revamped. It now displays live bot statistics and fetches the bot's commands instead of showing hardcoded commands. The new website can be checked out here: